In case you haven’t heard, Beverly Cleary is the author of over 40 children’s books. including the popular Ramona and Ralph S. Mouse books. These books are still popular in 2016.  Cleary seemed quite spunky when she was interviewed by Jenna Bush Hager on the Today Show last month. http://www.today.com/parents/99-author-beverly-cleary-beloved-generations-readers-t82256

I was first introduced to Beverly Cleary’s books by my childhood buddy, Nancy Clements. Nancy was a year and a half older than me and  introduced me to many things.  She first told me about Otis Spofford, a modern day Tom Sawyer who was always picking on Ellen Tebbits because she was so neat and clean and well behaved.  We were horrified when Otis cut Ellen’s hair.  We played games where we alternated being the “evil” Otis and his favorite target, sweet well-behaved Ellen.

After Otis and Ellen, I read all the Henry Huggins books.  Henry was a little nicer than Otis, but he always found himself in trouble.  Ramona Quimby began as a fairly minor character in the Henry Huggins series.  She’s barely mentioned in Henry Huggins.  When my fifth grade teacher at Walter Bickett, Mrs. Cason, read  Henry and the Paper Route, we all howled at Ramona’s antics as she created havoc in Henry’s life.  So it isn’t surprising that she got her own series. 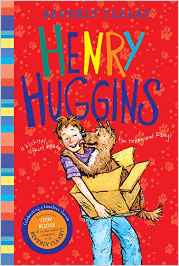 Ramona seems to be Cleary’s most endearing character.  She’s always a little baffled by the world around her.  Why won’t her kindergarten teacher tell her how Mike Mulligan used the bathroom?    Why  can’t she be a paper boy like Henry Huggins?

Cleary’s books are timeless.   In the later Ramona books, she deals with some heavy issues when her father loses his job and her favorite Aunt Beatrice gets married.  Ramona’s struggles are seen from a childhood perspective. They don’t go out to eat anymore and the adults are grumpier than usual.

Just as Otis Spofford hated the goody two shoes children in his basil reader,  Beverly Cleary had no use for moralistic literature:

I was so annoyed with the books in my childhood, because children always learned to be ‘better’ children and, in my experience, they didn’t. They just grew, and so I started Ramona… and she has never reformed. [She’s] really not a naughty child, in spite of the title Ramona the Pest. Her intentions are good, but she has a lot of imagination, and things sometimes don’t turn out the  way she expected.